THE RICH HISTORY OF WAPATO POINT

The Native American Wapato Family has owned this treasured land for more than 100 years. And tribal people have gathered on this spot for hundreds of years to meet, celebrate and honor the land.

Almost immediately after signing, Anglo cattlemen and gold seekers began a movement to break up the reservation. On February 23, 1883, however, President Chester A. Arthur signed an executive order that restored to the public domain, a strip of land fifteen miles wide along the Canadian border. A few months later, on July 7, 1883, Chief Moses and two other Native American leaders approved a document in Washington, D.C. that made it possible to open the reservation for homestead and mineral development.

The so-called Moses Agreement stipulated that certain Indians, then living on the Columbia Reservation “…shall be entitled to 640 acres, or one square mile of land, to each head of the family or male adult, in the possession and ownership of which they shall be guaranteed and protected.” The tracts would be allocated to the sole possession of the indigenous Indians specified. Those tribal members who did not choose to take such advantage of the special allotments were allowed to move onto the Colville Reservation, where they would be accorded full tribal rights.

Members of the Wapato Family were among those who claimed allotments. This family, whose patriarch at the time was Chief Nekquelekin (Enkawhakekum) or Wapato John, had previously lived along the Columbia River above Ribbon Cliff in the Entiat vicinity.  In 1884, Peter Wapato, son of John, obtained the Wapato Point areas as part of the Moses Agreement allotment No. 10. To this day, his descendents maintain his inherited interest.

In the early 1900’s, local settlers, through the Wapato Irrigation Company, convinced Congress to reduce the size of the allotments previously awarded the Indians. In March 1911, Congress reduced the allotments to only 160 acres. In the 1930’s, with the construction of Chelan Dam, the water level of Lake Chelan was raised 22 feet, causing approximately 50 acres of the final 160 acres to lie under water when the lake is at its high water level.

For hundreds of years, Wapato Point was a gathering place for local Native Americans at annual potlatch celebrations.  They played their “stick game,” ran horses on a half-mile racetrack, and later staged colorful rodeos. A grandstand was erected at the racetrack, which was located on the west side of the neck of land leading to Wapato Point itself. Nearby, on this acreage, family members operated a popular dance hall from the late 1920’s into the 1940’s.

Later, the Wapato Family also planted fruit trees on the east side of the land. Nothing is left standing, however, of the early structures or orchards. In the 1950’s and 1960’s, the family developed facilities for camping, swimming, and boating.

In 1976, the Wright-Wapato Company was formed to develop the property as home sites, a restaurant, a hotel and time-share condominiums. Through the years, ten different but coordinated associations were created to build and sell units to the public on the Indian-lease hold property. In 1994, the final Lakeside association sold all its units and the entire resort was turned over to the ten volunteer-run associations, maintained by Wapato Point Management Company, which is owned by Wright-Wapato and the Schuchart organization in Seattle. 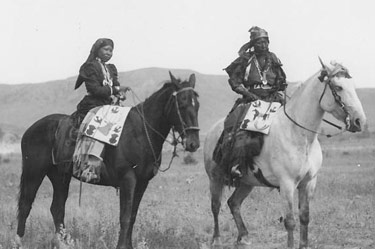 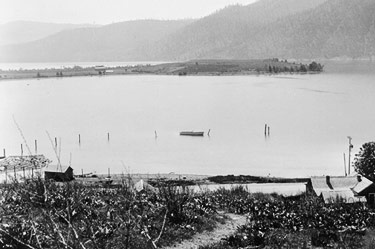 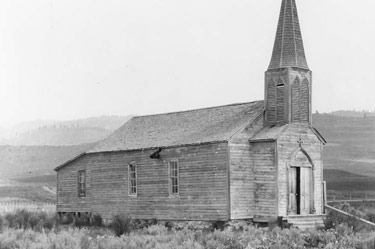